Yesterday, the Supreme Court heard oral arguments in Shelby County v. Holder, which considers the constitutionality of Section 5 of the Voting Rights Act.  The question is: why is a standard for racist actions of the 1960s continued to be used today?

Luther Strange, attorney general of Alabama, the state where Shelby County is located, declared in USA Today, “The children of today's Alabama are not racist, and neither is their government. It is time for states covered by Section 5 to become equal parts of these United States.” 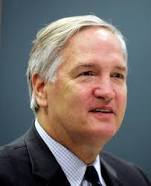 Strange explains, “Section 5 was supposed to be a short-term, emergency measure” that “was constitutional when it prevented Southern officials from openly defying the Constitution in 1965.” But that was 1965.  Today, the federal government hasn't rejected a statewide law in Alabama under Section 5 in 16 years.

In 2006, Congress renewed Section 5 for 25 years with a triggering formula that uses old data from the 1964, 1968, and 1972 elections.    That means that in 2031, the Department of Justice is expected to use 70-year-old data to determine if a location merits coverage as a Section jurisdiction.  Section 5 was justified for using a higher level of scrutiny because these jurisdictions could arguably be said to have a racial discrimination.  With the passage of time, does branding these jurisdictions as racist still true today?

To hear more from Luther Strange, please register for the RNLA’s National Policy Conference on April 26 at the National Press Club, where he will be speaking.
Posted by Lady of Good Counsel at Thursday, February 28, 2013