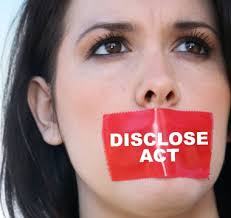 The election may be over, but the left is scrambling to find ways to rewrite election law.  The progressive quest is still to undo Citizens United.  To this end, they have resurrected the DISCLOSE bill yet again, are lobbying the SEC for an administrative rule and are brainstorming more ideas in a new task force.

Democrats are hoping the third time is a charm.  That’s why on the first day of the 113th Congress, Rep. Chris Van Hollen reintroduced the DISCLOSE Act in its third iteration.   The RNLA has opposed the DISCLOSE Act since its first appearance in 2010.  (For more RNLA discussion of the DISCLOSE Act, see here and here.)

RNLA Member Eric Wang recently published an op-ed entitled “DISCLOSE Act Causes Less Disclosure” in Roll Call where he calls the DISCLOSE Act “monumental distraction and detour on the road to actual disclosure.”  Wang also notes that the “DISCLOSE also introduces a whole slew of ancillary provisions having absolutely nothing to do with the recent court decisions. One requires groups that are not PACs to report all of their sources of income if they engage in political speech. Disclaimers for political ads, which already are the butt of pop culture jokes, also would become even wordier and more meaningless.”

Leftist advocates are also lobbying the Securities and Exchange Commission to promulgate a rule to require all publicly traded corporate to disclose all money used for political speech.  This would include tax-exempt groups and trade associations.   A group of ten law professors sent a letter to the SEC in August petitioning the Commission to develop such a rule.  Yesterday, the SEC agreed to consider it.

Meanwhile, Democrat Representative John Larson of Connecticut is chairing a new task force in the House of Representatives to investigate further ways to Congress can sidestep the United States Supreme Court decision in Citizens United.
Posted by Lady of Good Counsel at Wednesday, January 09, 2013